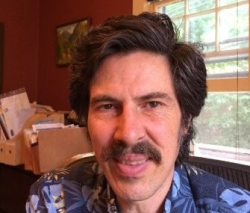 When diagnosed with myeloma in September 2012, a FISH test was done in connection with the bone marrow biopsy.  The FISH, which shows chromosomal deletions and translocations, showed that my myeloma was t(11:14) (a translocation between 11th and 14th chromosome).  At the time, I did not know what this meant and my myeloma specialist did not go into detail about it.  In 2012, there was limited knowledge about what a t(11:14) translocation meant.

My initial reaction on getting myeloma was that this was a very complex cancer, which could only be understood by myeloma specialists.  I had a good specialist at John Hopkins, and I figured that the best approach was for me to rely on my specialist’s advice, rather than trying to understand this cancer myself.  After all, as someone who is not a scientist, how was I going to be able to pick up the knowledge to get even close to where myeloma specialists were?

As time went on, I realized that this approach was perhaps too extreme. True, I would never understand myeloma like a specialist, but especially given the complexity of the disease, if I informed myself I would at least be in a position to know what questions to ask my specialist, to make sure nothing was being overlooked.

So I began to inform myself, reading newsletters and patient blogs.  I learned  that the (11:14) translocation may have clinical significance. Eventually, I learned that at least one drug specifically targeted to this type of myeloma was being tested.

By September 2015 I had become aware of a clinical trial for this drug. I corresponded with the trial sponsors. I had noticed that the inclusion criteria for the trial required an m-spike at a level of 1.0, whereas my m-spike was lower.  I suggested a lower level of 0.5, which other trials use as a marker for active myeloma. I never got a really satisfactory response.

By the time I had my first relapse in early 2016, I ended up participating in a different clinical trial, on the advice of my myeloma specialist.  Part of the protocol for that trial was a bone marrow biopsy. I made sure that the biopsy included an additional sample which was sent in to do a gene expression profile.

After a few years, my m-spike started creeping up again and I knew it was time to look for a new therapy.  By this point, I had been reading more about venetoclax and saw new reports that it was working well for patients in my situation (i.e. with t(11:14).  I also asked for the detailed results of the gene expression profile and noticed that I had a specific gene expression that indicated venetoclax would work.  I also read that researchers at Emory University in Atlanta were leading the work on venetoclax and arranged to fly to Atlanta to get another bone marrow biopsy.  The sample from that biopsy was tested by Emory researchers to see how venetoclax would work.  The results were positive: testing of my sample in test tubes showed that the drug would work.

With all of these indications (the FISH test showing t(11:14), the gene expression profile, and the test results, there was overwhelming evidence that this drug would work for me, and so the specialist at Emory recommended a regime of venetoclax combined with dexamethasone. My doctor agreed to prescribe this drug, even though it was off label.

This was at the beginning of 2019.  I am now entering my fourth year of this drug, which continues to work.  A three-year run with a very low m-spike is a success in and of itself, and I am grateful for any additional time I get on this therapy.

The lesson is pretty obvious: for some myeloma patients, targeted therapy works.  In any event, getting the information needed to determine whether a targeted approach will work in your case makes sense.

In the future, there will be more instances where instead of trying new therapies at random, doctors will be able to target the therapies based on factors such as gene expression profile.  And even if a targeted therapy is not available for you, informing yourself so that you can gather all relevant information so that your doctors can make the best choice will keep you alive longer (in my case I hope to celebrate the 10th anniversary of my diagnosis this coming September).

While myeloma doctors, even specialists, usually do a good job in finding effective treatment for their patients, a doctor is not necessarily motivated to scour the universe for all possible treatments.  Sometimes, a doctor needs a push from a patient to find the best treatment.

VIEW ALL Life with Myeloma ARTICLES

Richard Abraham's Myeloma Journey With the Elephant on His Back

Higher Rates of Melanoma in Patients with Multiple Myeloma