Let’s take a look at some of the latest data that has been shared recently at the American Society of Clinical Oncology’s (ASCO) annual meeting and the annual meeting of the European Hematological Association (EHA) to see why I am very hopefully for the future.

Results from the MajesTEC (TEClistamab) trial showed an overall response rate of 63% which is very good for this heavily pretreated population. A significant number (27%) of the trial participants became MRD negative. The major side effects of teclistamab are cytokine release syndrome (CRS) and neurotoxicity (ICANS). Many (70%) of the trial participants experienced grade 1 or 2 CRS and 3% experienced grade 1 or 2 ICANS.  The median progression free survival (PFS) was reported to be 11.3 months. 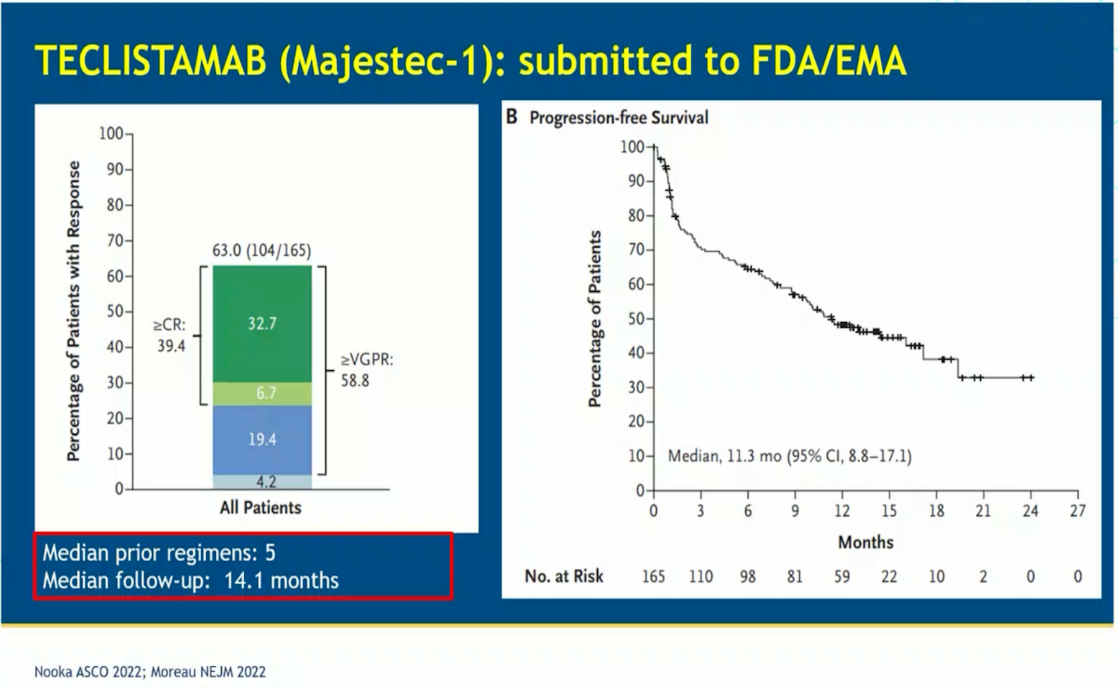 In the MagnetisMM trial, elranatamab, a subcutaneous BCMA-targeted T-cell redirecting immunotherapy (AKA bispecific antibody), for patients with relapsed or refractory multiple myeloma also showed nice results. Elranatamab shows an overall response rate of 54%. Sixty-seven (67%) percent of the trial participants experienced grade 1 or 2 CRS. The percentage of the participants that experienced grade 1 or 2 ICANs was in the single digits. The median progression free survival (PFS) has not been reached at a median follow-up of 8.1 months. In the BCMA exposed/refractory myeloma patients, elranatamab shows a response rate around 60%, with follow-up of about 4 months. 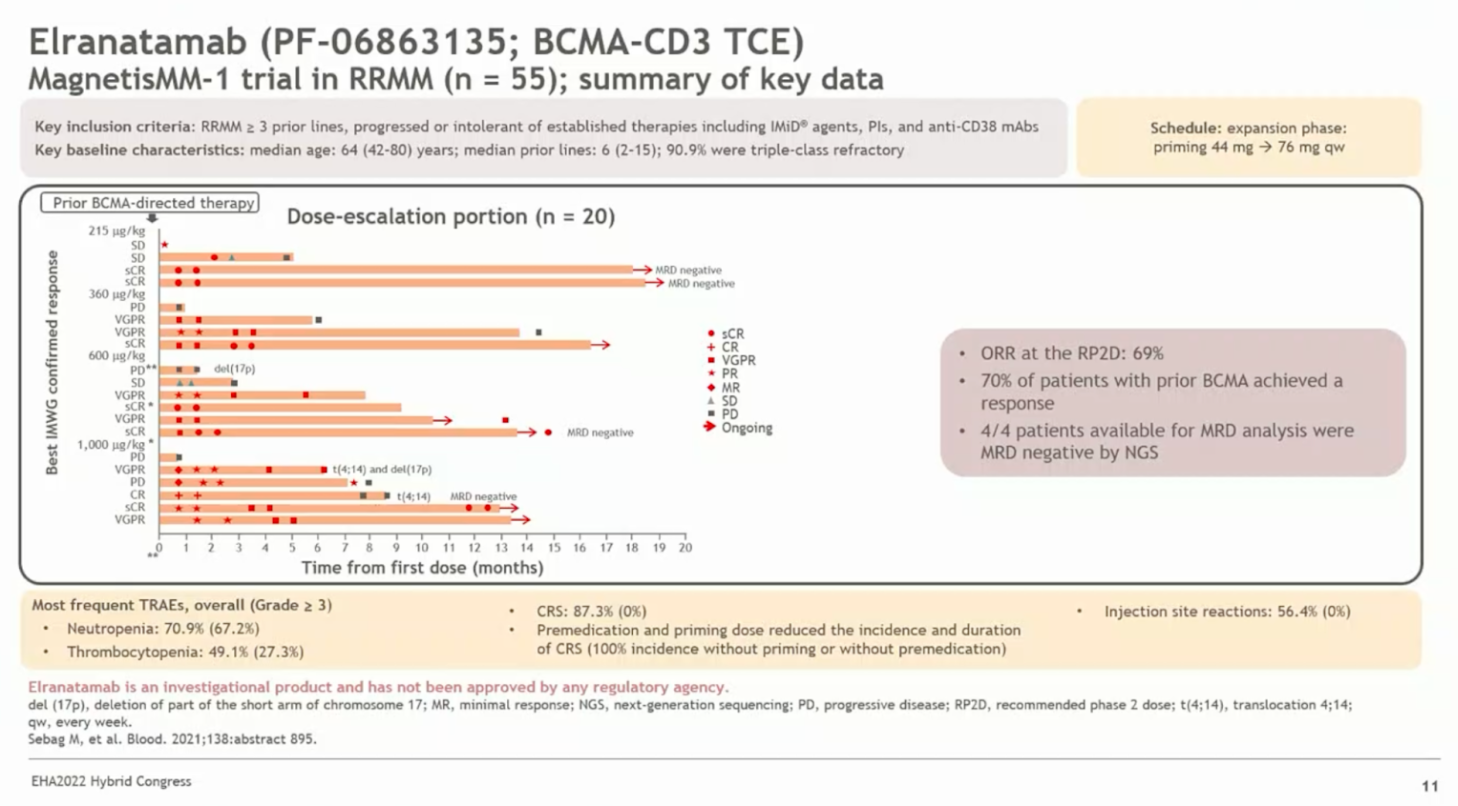 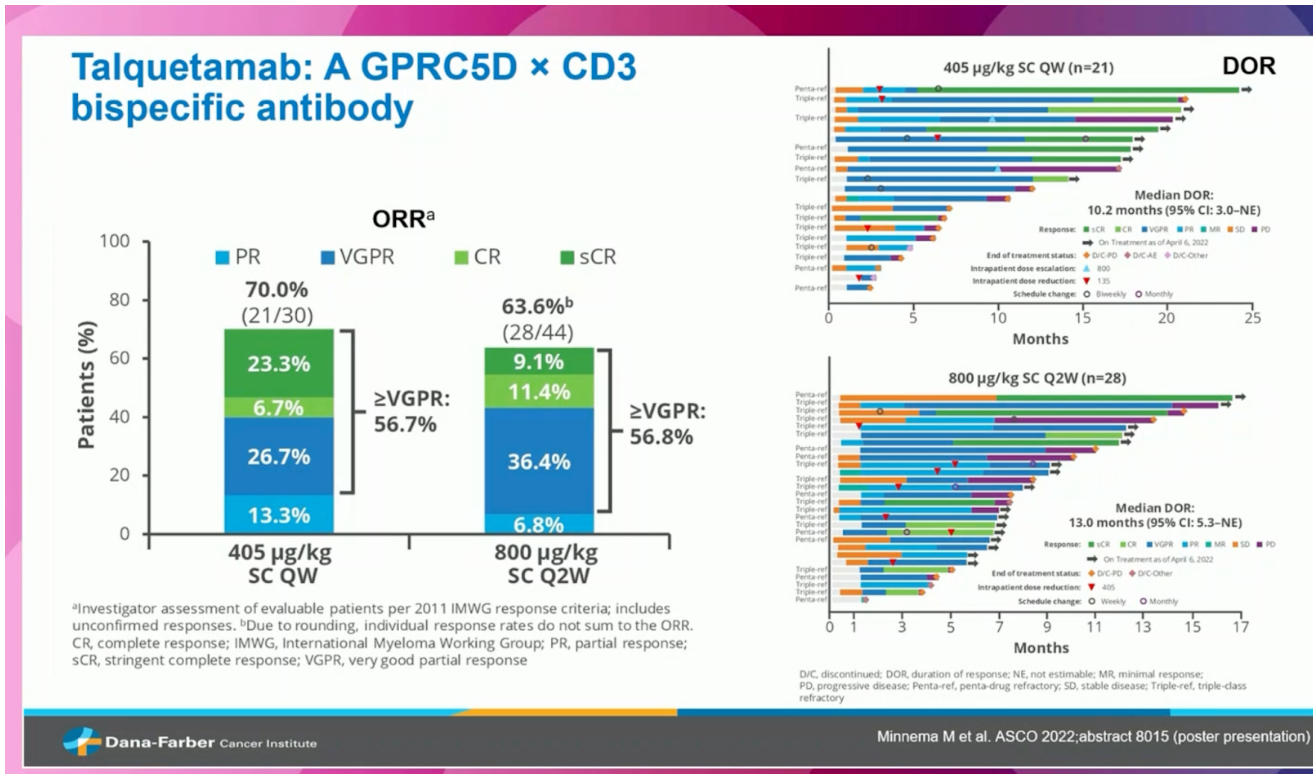 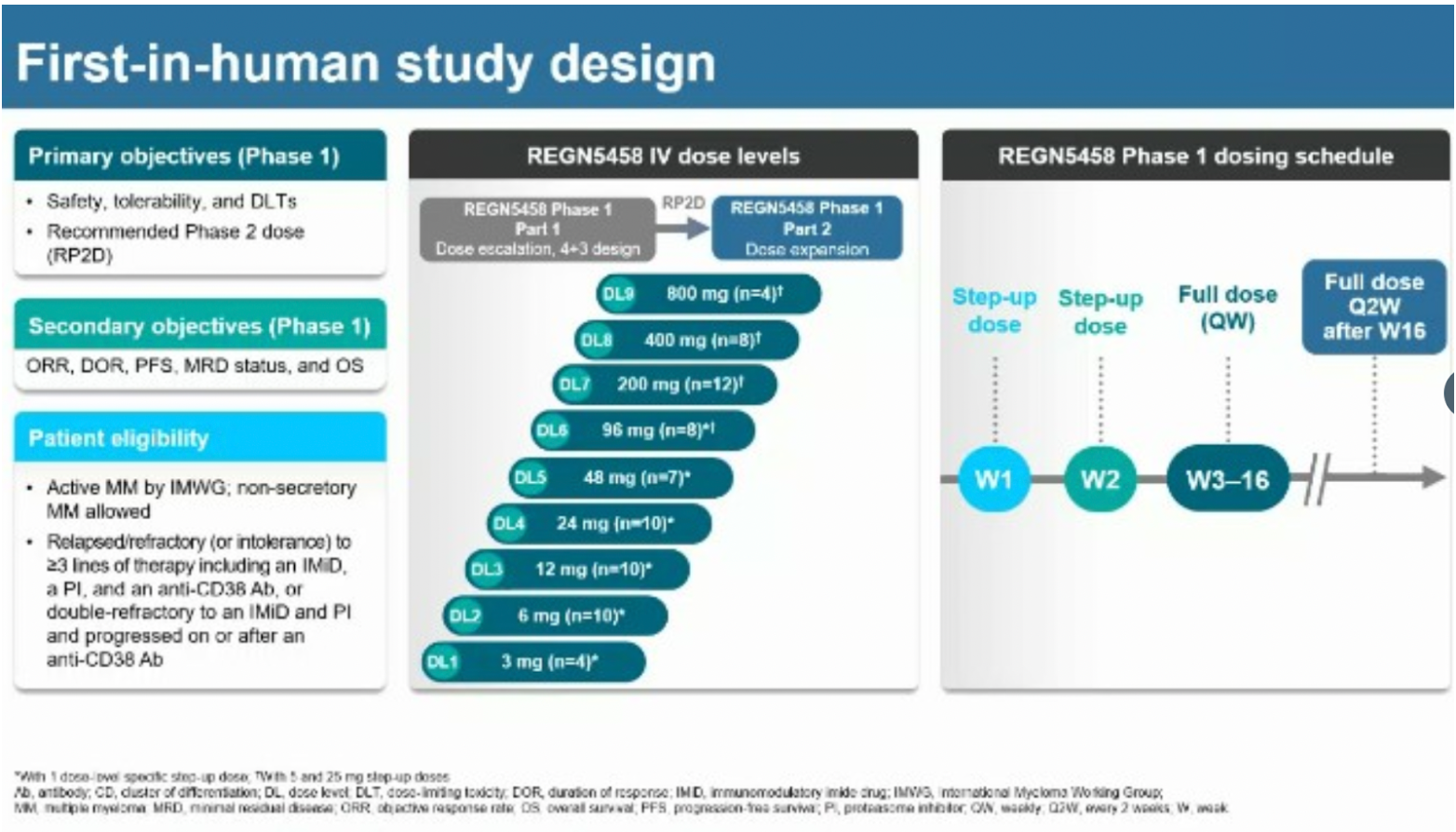 T-cell redirecting therapies (bispecific antibodies) are now being used in combination with other anti-myeloma agents. In the TRiMM-2 study, (my inside sources tell me that TRiMM stands for T-cell Redirection in Multiple Myeloma), Talquetamab is being combined with daratumumab (Darzalex). With an overall median follow up of 5.1 months, the overall response rate was 80.4% in the relapsed/refractory patient population, the majority who were refractory to anti-CD38 therapies (daratumumab or isatuximab). There was no grade 3 or 4 CRS observed. Two patients had a grade 1 ICANS that resolved within a day. 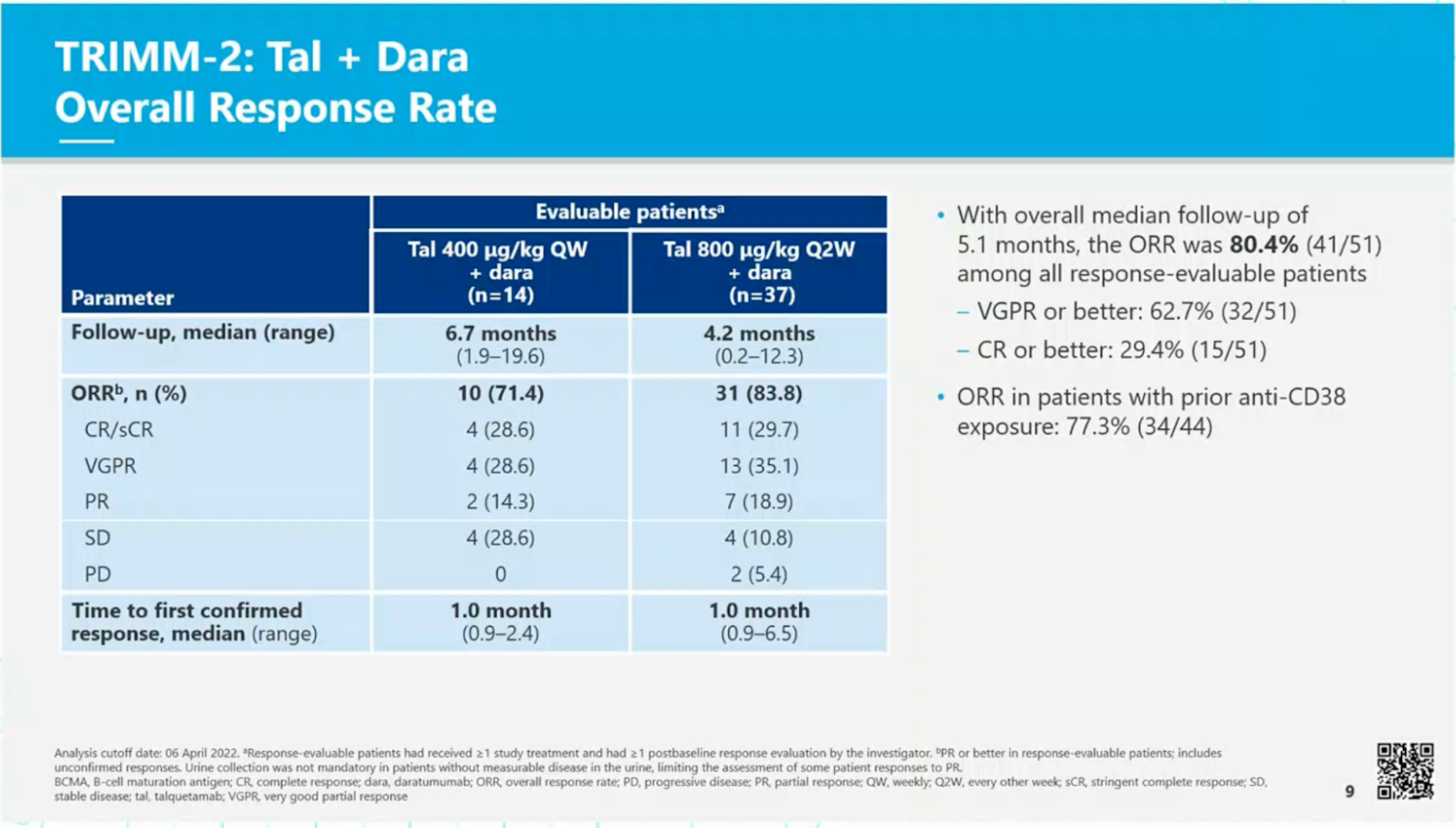 The era of T-cell redirecting therapies has dawned.

To get up to speed with the latest happenings in myeloma research, view our Immunotherapy Units and guest lectures in HealthTree University.

about the author
Cynthia Chmielewski

Cynthia Chmielewski is a professional educator and myeloma advocate. As a former teacher, she now teaches myeloma patients how to advocate for themselves as the Director of HealthTree University.

Does Quad Induction Therapy Increase Side Effects in Myeloma When Compared to Triplet Therapy?
Nutrition Perceptions and Practices
Gaps in Optimized Genetic and Imaging Testing for Myeloma Patients
Watching Your Free Light Chain Ratio to Determine Smoldering Myeloma Progression to Active Myeloma
A Meeting of the Myeloma Minds in Vienna
Myeloma-Related Distress During COVID
See More