Dr. Parameswaran Hari spoke today at the Multiple Myeloma Symposium in Wisconsin. This is the 14th year that the Medical College of Wisconsin has hosted this event for 400 patients who come from surrounding states for excellent education.

Dr. Hari described myeloma as an ancient disease, with skeletons showing bone lesions found in Egyptian mummies as early as 200-500 AD. Native American skulls from a similar time period were also found in the United States.

He shares that there are approximately 20% of patients who may be getting cured today, but we don't know who or why.

His approach is to kill as much myeloma as possible at the beginning of treatment, because it is your best chance at the longest remission.

"If you have an attacking elephant coming toward you and you have access to a machine gun or a dagger, you don't want to use the dagger first and keep the gun in reserve, hoping that the dagger will do the job when your life is at risk."

Combining minimal residual disease testing (MRD) post-treatment is giving experts a better idea of how patients are getting and staying in remission. The new MRD test by Adaptive technology is helping identify levels of disease and the detection levels are getting deeper. Here he shows MRD levels with early and late stem cell transplant. 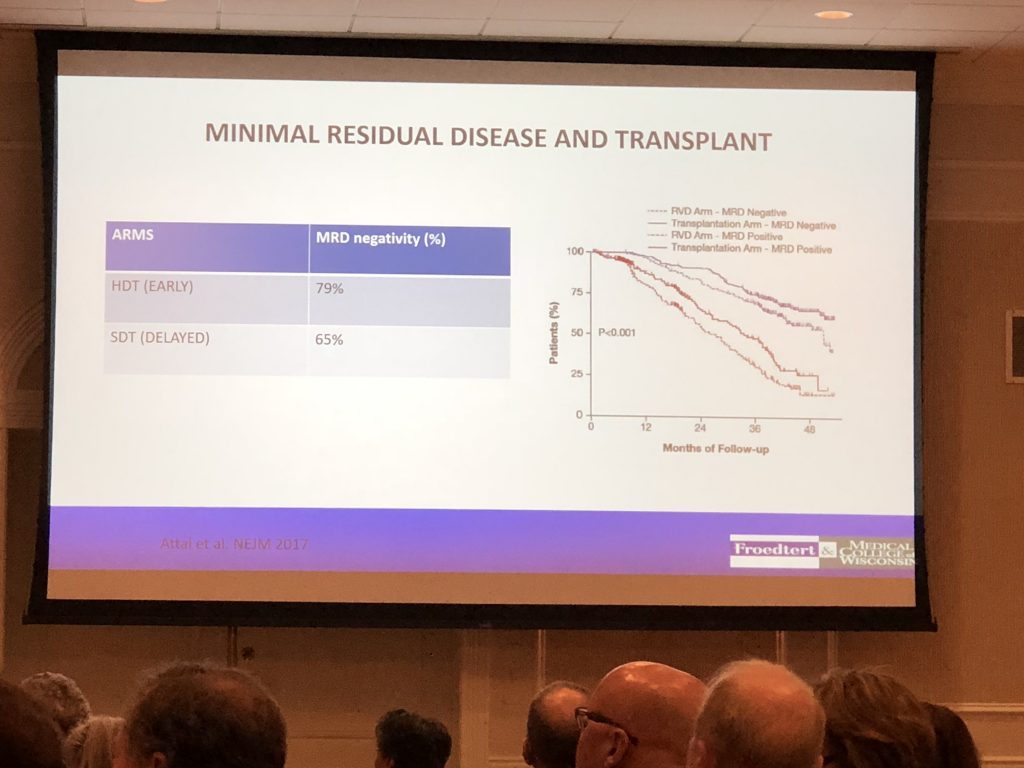 He shares new research questions that are being asked and answered:

The symposium was an extremely valuable event for patients and caregivers, so invite your friends and attend next year!