Brenda Jenkins was diagnosed with multiple myeloma in March of 2009. She was diagnosed by an internist who noticed irregular blood numbers and referred her for follow-up with an oncologist. At her first appointment with the oncologist, she endured her first of many bone marrow biopsies.

Brenda's faith has helped her face her experience with myeloma. "Serving and sharing has helped me in my daily walk, praise God."

Her family has been a big part of her success in dealing with multiple myeloma. She has lived both in Arizona and Detroit with family members and her children Michelle and Steve have been both a support and inspiration. 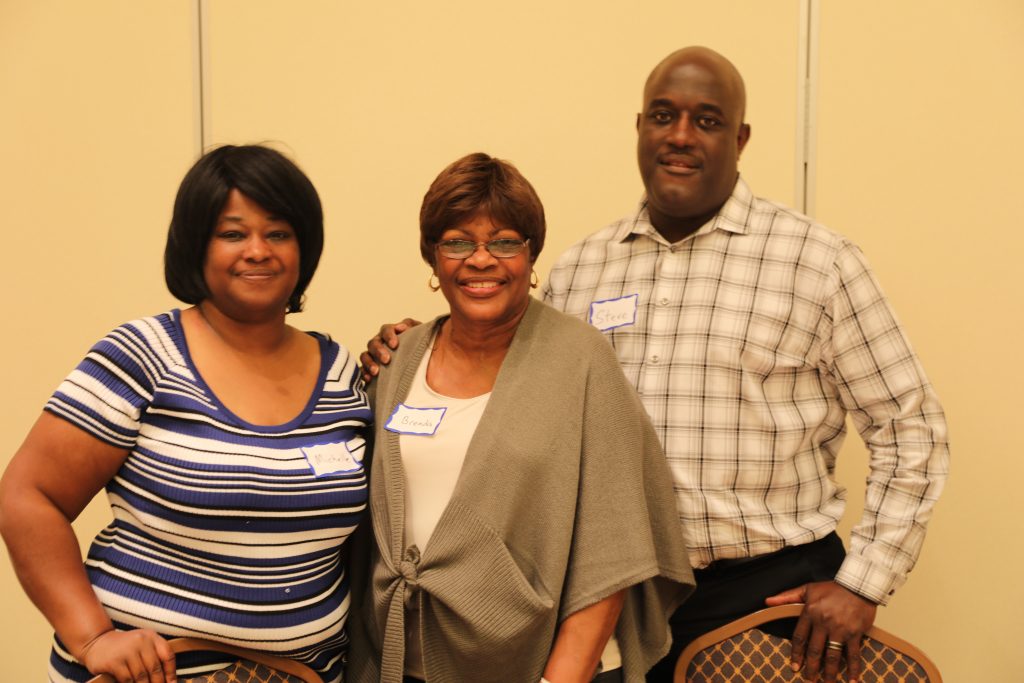 Brenda's advocacy started by advocating for herself. She knows that multiple myeloma is a complicated disease, so she chose to be treated by myeloma experts Dr. Jeffrey Zonder (Karmanos Cancer Center) and Dr. Lyle Goldman, who worked in tandem with her general oncologist and primary care doctor.

She said, "I tried to learn as much as I could." She went to a multiple myeloma support group at Gilda's Club in Arizona. She attended informative lectures by myeloma experts including Dr. Craig Cole (University of Michigan). Her increasing knowledge and her history as a motivational speaker led her to start sharing her story through Takeda Oncology's Myeloma Ambassador program and she has since helped many others coping with multiple myeloma.

Over the last 9 years, she has received two stem cell transplants and multiple lines of treatment. Regardless, she is working on her doctorate degree in spite of her challenges. "I have far more blessings than challenges." She suggests that you "Work out of your strengths as you serve others."

If she could give a suggestion to another patient, it would be to get to a support group, because that support group will help you find a specialist. She suggests that patients make relationships while they are there. She sees her treatment team as partners and she knows she has accountability to be a critical member of that team.

Brenda is a speaker at the Myeloma Crowd's Meetups for the African American community. You can join us in Louisville for the next meeting on Saturday, October 6th.

Because she is always seeking for tools and tips in living with myeloma, Brenda attended the HealthTree workshop in Detroit earlier this summer. What she appreciates the most about the new tool called HealthTree is that she can keep all of her information in one place, like prior treatments and side effects. She also likes seeing treatments that she could potentially qualify for in the future.

Brenda says: "I am thankful to be living. Faith is key to me being here every day. At my sickest, it is my faith that gets me through."