close
person Sign In / Create Account
ASH 2018: Early Relapse After Transplant - A New Indicator of Outcomes for Myeloma Patients?
Posted: Dec 03, 2018
Doctors constantly talk about "prognostic factors" in determining whether a myeloma patient is high or low risk.
Commonly, myeloma genetics tests like cytogenetics tests (FISH), gene expression profiling (GEP) and International Myeloma Staging Systems have all been used because higher risk genetic features have been identified. This can include features on the myeloma cells such as a deletion of 17p, a swapping (translocation) of genes like 4;14 or the addition of an extra gene copy like the 1q gain.
Ceri A Bygrave, MD, FRCPath, FRCP, MPhil, Consultant Haematologist University Hospital of Wales University Hospital of Wales Heath Park Cardiff United Kingdom presented a study of 1274 myeloma patients who had received a stem cell transplant.  The title of this abstract is:

Of the 1274 patients receiving transplant, 14% relapsed within 12 months and 86% relapsed after one year.  Early relapse patients were almost twice as likely to have received three lines of treatment. (The majority of these had received lenalidomide alone or in combos).

Almost 75% of patients with the relapsed within a year of transplant had died 3 years after entering the MXI study, noting that much more work is needed for these patients.

So as the title implies if you relapse within 12 months after a stem cell transplant you may be high risk, no matter if you are high or low risk by genetic features. Yet another reason for patients to be their own best advocates in watching their responses to treatment. 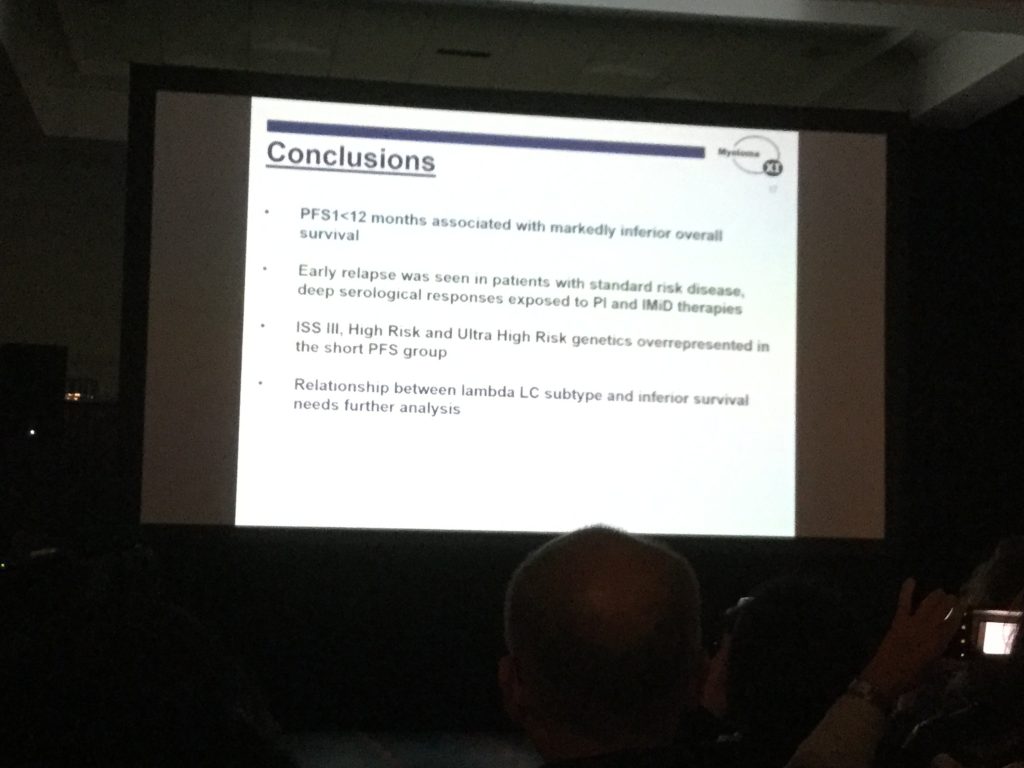